A session on Career Guidance for the children from 9th to 12th standards was organised on the 29th May 2018. It was made participatory with tools that suit children.  Children set goals for the new academic year to move in the path towards their career choices. Mr.U.AbdulRahman our Field Co-ordinator, Mr.RamHariour counseller and Dr.C.Jim Jesudoss our Executive Director anchored the sessions and enabled the children to look at their dreams and their aptitudes. Children are determined to move away from the caste based occupations that their parents and forefathers were tagged on to. A range of choices were brought before them which helped them to sharpen their goals for life. 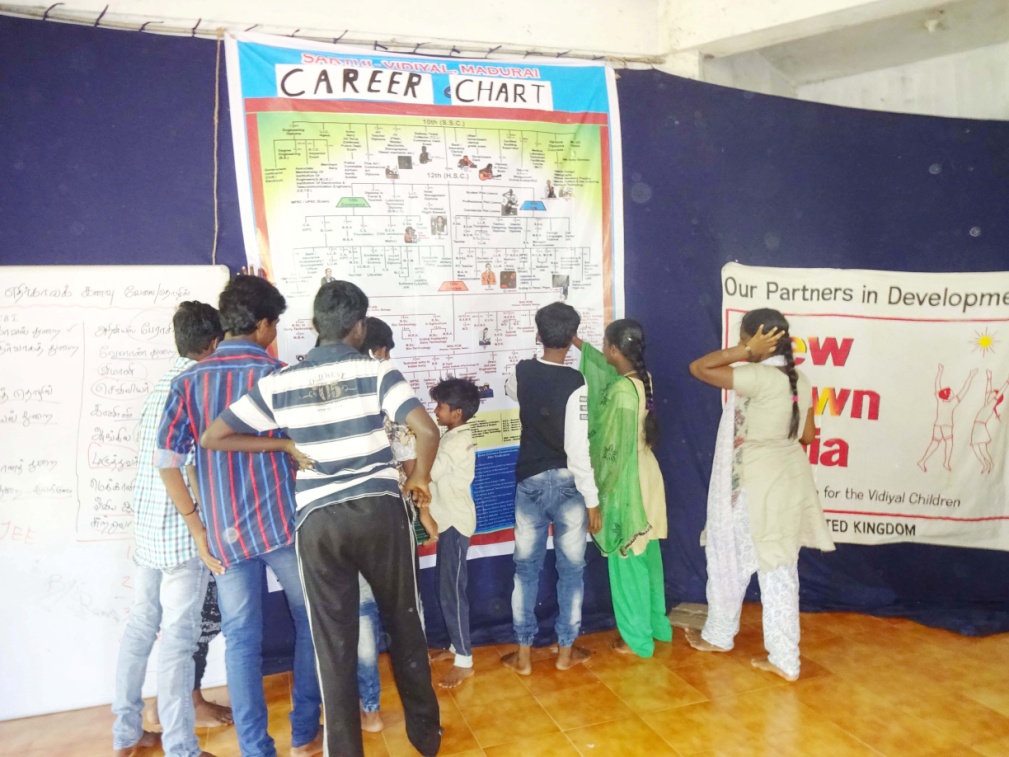 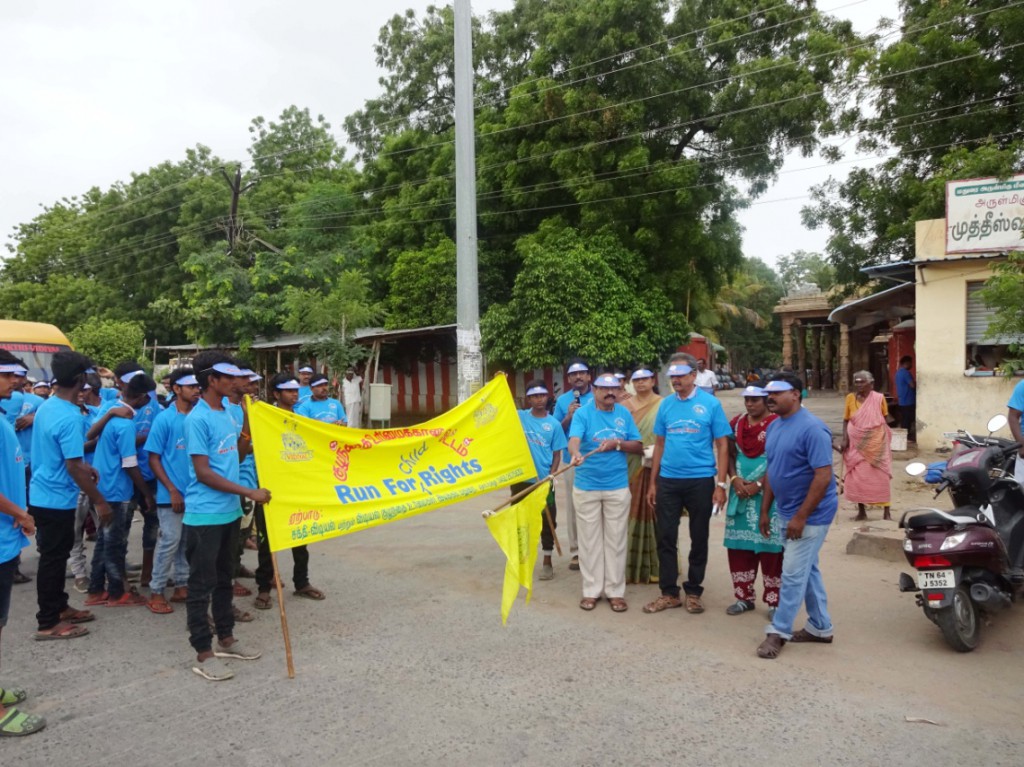 On the 9th June 2018 the Run for Child Rights Mini Marathon was organized. Children, volunteers, alumni members and staff enjoyed participating in the 5 km run in the main streets of Madurai city. Our children from 6th standard to 12th standard participated.  It was a grand show and the Madurai public were very appreciative of this initiative and cheered our children. 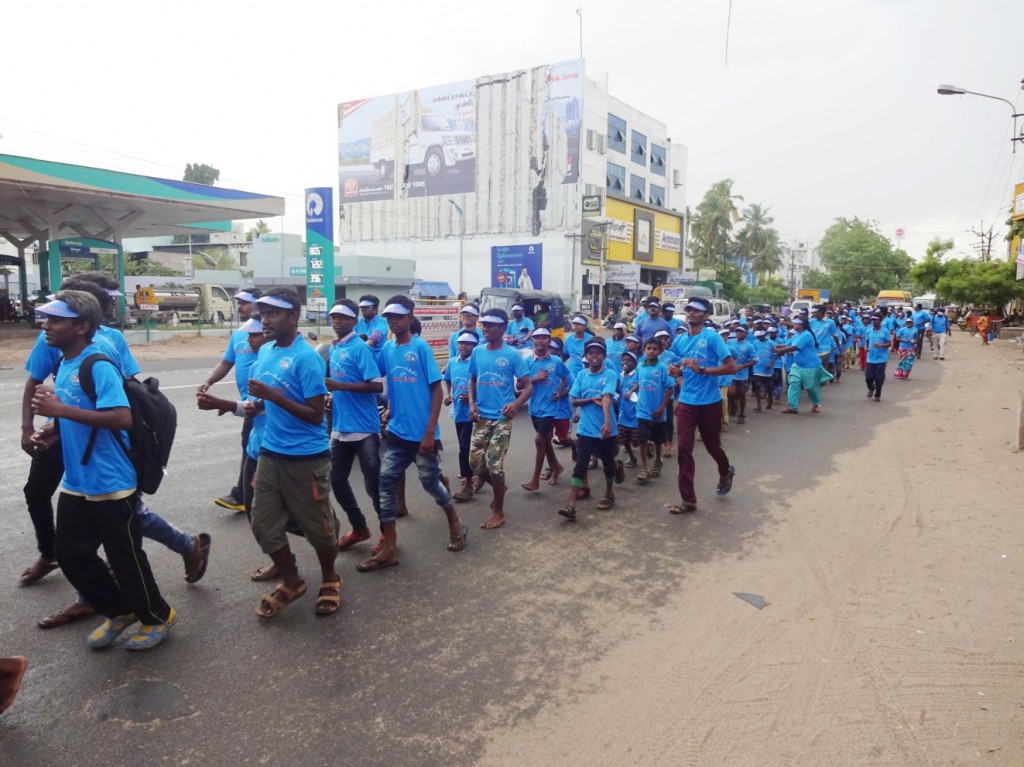 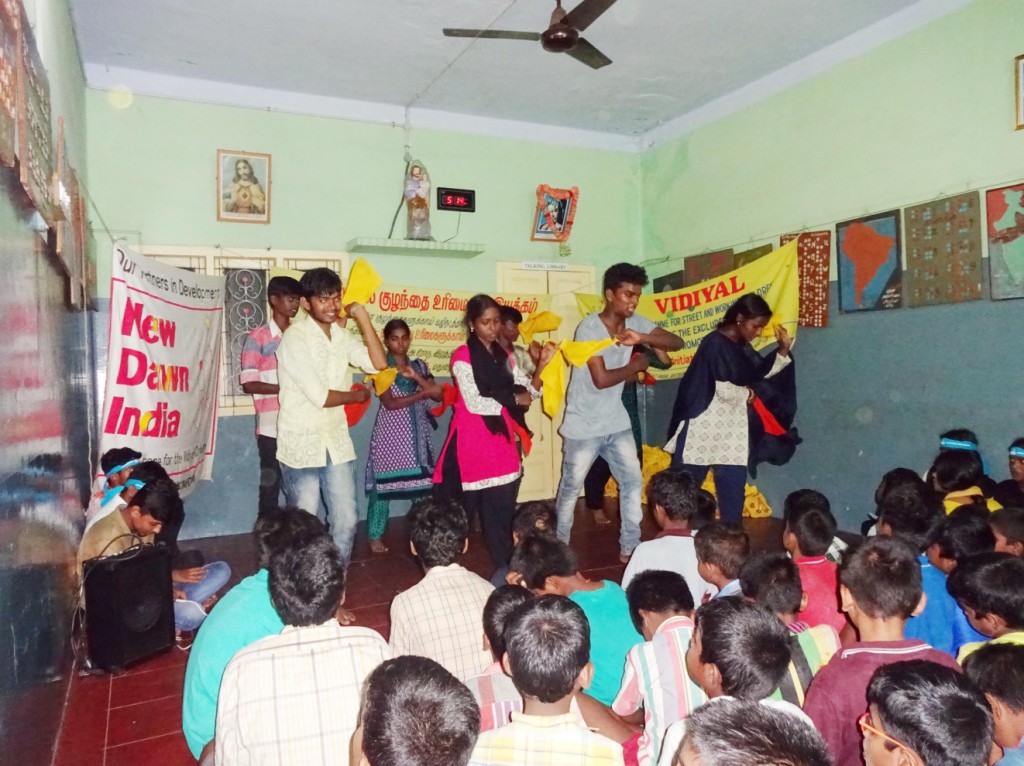 We inculcate many values in our children through various activities and training workshops. One thing we wanted for sure is that our children don’t always stay at the receiving end when they have the potential to give and share whatever they possess. Of course they have virtues like love, care, compassion, empathy and so on. Whenever there was a natural calamity our children showed willingness to share their resources and organized many camps for the children who were affected in those disasters.

The giving day in Jolly Camp is yet another opportunity created for them to give a helping hand to those who are underprivileged due to ability or age. This year our children raised Rs.9,547/- through the contributions they have made from their little pocket money and decided to donate this to the visually challenged children staying St.Joseph’s School for the blind.

On the 1st July the leaders of Vidiyal Child Rights Movement, the Children’s theatre group and the children of Verhal (Roots) children forum went to St.Joseph’s Blind school and organized an entertainment programme for them. At the end they distributed a kit to 90 blind children studying in that school who are from socio economic background. The kit contained a bath towel, washing soap, tooth brush, tooth paste, nail cutter, pack of ear buds, safety pins, comb, talcum powder and washing brush. They were also served with a cake and native snacks. Those children thanked our children which was a hearth warming moment. Everyone returned back with a joy filled heart.

The Child Rights Festival is the anniversary celebration of Vidiyal Child Rights Movement. The 18th Child Rights Festival was organised on the 15th July 2018 at the campus of St.Mary’s Higher Secondary School, Madurai. A carnival was organized in the morning for children to enjoy the day. In the afternoon children presented the various activities of their movement and completely owned the stage. Mr.Ganesan, District Child Protection Officer was the chief guest. The third volume of plays that were written and directed by Dr.C.Jim Jesudoss, Executive Director titled as “Saattaihal” (Whips) was released along with another allegorical story on “Right to Language” titled “Ore Moli” at this function. 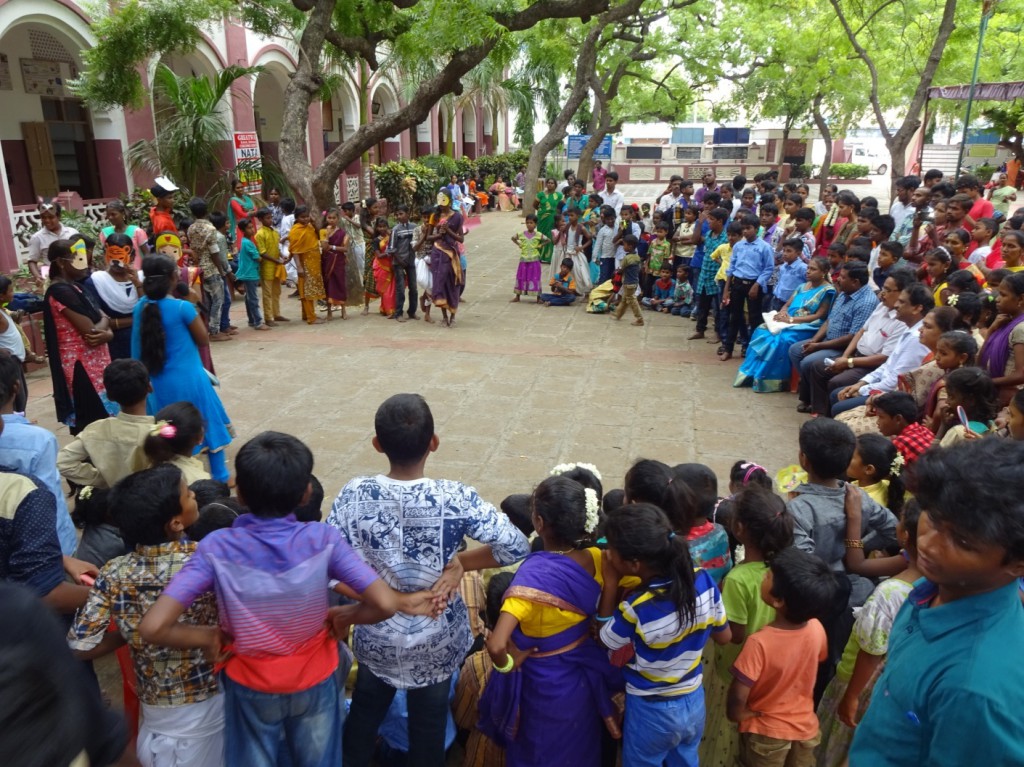