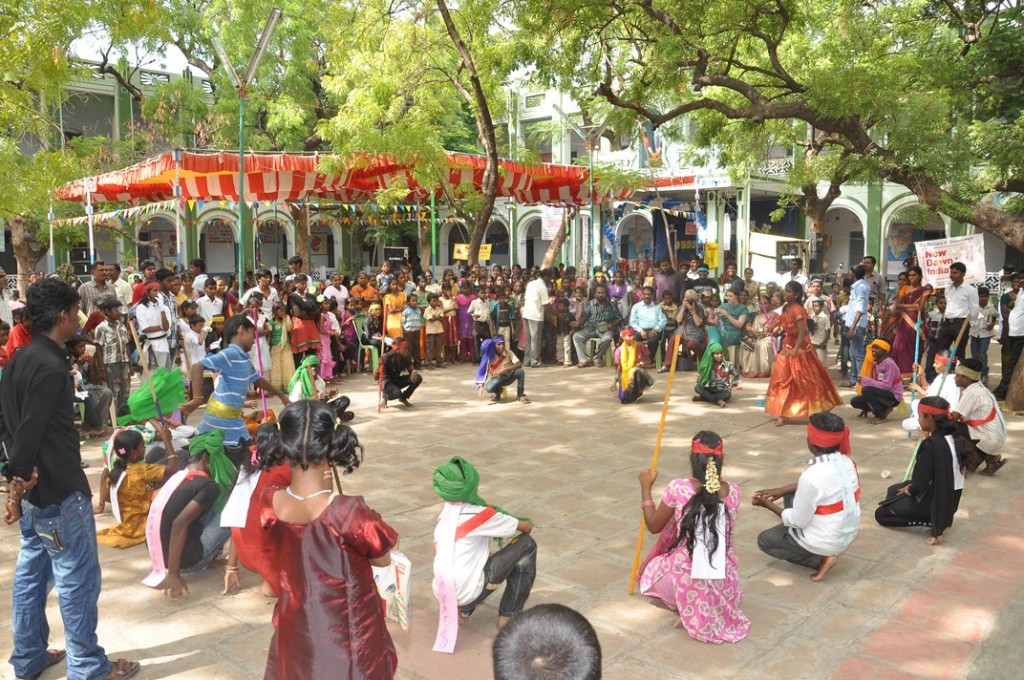 Sakthi is a registered nonprofit secular organization registered under Tamilnadu Societies Registration Act 27 of 1975 Old S.No.50 of 1993, New S.No.185 of 2006. Vidiyal was founded in 1996 as a program of Sakthi in the city of Madurai to provide safety and support to children in need of care and protection, especially – street children, runaway children, abandoned children, working children, children from excluded communities and children facing difficulties. Vidiyal provided the children with opportunities to work through their problems and offered support and guidance.  Vidiyal focuses on the social inclusion of children, child rights and child participation.

Though Sakthi is the registered legal entity, VIDIYAL has gained the patronage from the general public, earned goodwill of the communities we partner with and attained popularity.  Today we use Sakthi and Vidiyal inter changeably or sometimes together like Sakthi – Vidiyal to ensure a clear understanding of the nature of relationship.  Though Vidiyal was initiated as a natural response to the need of that time, now it has grown beyond the charity mode and taken Children’s Rights as the frame work for its operation.

Urban poverty in Tamilnadu in 93 -94 was reportedly at 80.4 Lakh. Children from marginalized, discriminated, migratory and disadvantaged communities living in congested unhygienic tenements are the worst affected by poverty. Inadequate schooling, verbal and corporal abuse in schools resulted in school dropouts. Children roaming in the streets are a common sight in the city of Madurai. Children, work as rag pickers, scavengers, polish shoes and do menial chores for low wages and are treated despicably as cheap labor in roadside shops and small eateries. Vidiyal was established to challenge the existing discriminatory practices faced by children in the family, society and in schools. Vidiyal enables these children who are at the bottom rung to avail opportunities for holistic growth through child resource centres and education.  Vidiyal works to endorse and establish Child Rights.