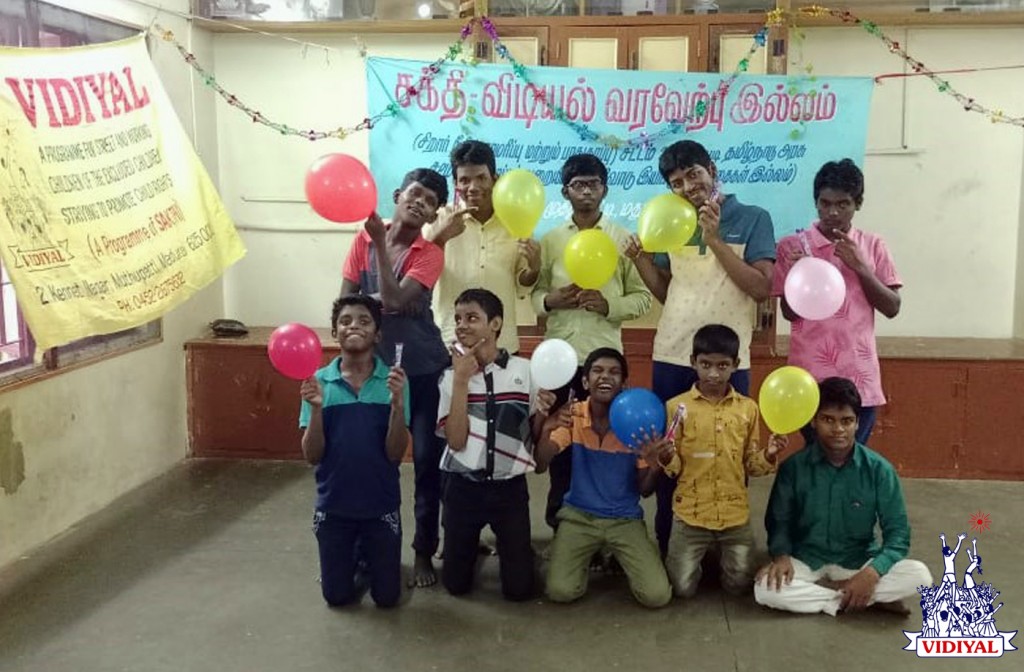 For the past two and a half decades, Sakthi – Vidiyal has been involved in strengthening the Juvenile Justice system in Tamil Nadu. We actively participated in the campaigns and consultations organized to bring reforms in the Juvenile Justice system and shared the success when the government enacted the new legislature “The Juvenile Justice (Care and Protection) Act, 2000”. This brought a big shift in the approach towards the children in conflict with law and children in need of care and protection. Principles like ‘principle of dignity and worth’ ‘best interest of the child’ and ‘institutionalization as the last resort’ have brought systemic change in ensuring justice for children coming under the purview of this law.

We continued our journey advocating for progressive changes in the Act and took part in the consultations that resulted in revamping the JJ Act 2000 with Juvenile Justice (Care and Protection of Children) Act, 2015. We collaborated with other stakeholders in the drafting the bill on Protection of Children from Sexual Offences (POCSO) Act which was enacted in the parliament in November 2012.

Involvement in Training the persons working in the Juvenile Justice System

We got actively involved in training the police personnel, members of Child Welfare Committees, members of Juvenile Justice Boards, personnel of various homes run by the Government and voluntary organizations, block level officers, staff of various allied departments of the district administration, teachers and Block Resource Teacher Educators about juvenile justice and child protection. In 2009 Mr.C.Jim Jesudoss, our Executive Director served in the evaluation team constituted by the Department of Social Defence and evaluated the Reception Units in four districts in Tamil Nadu including Salem, Erode, Dharmapuri and Coimbatore.

Served in the Judicial Capacity in the Juvenile Justice System

We take pride that our Executive Director Dr.C.Jim Jesudoss served as the Chairperson of the Child Welfare Committee (CWC) Madurai District, for two terms from June 2012 to November 2018. The Child Welfare Committee functions as a Bench of Magistrates and have the powers conferred by the Code of Criminal Procedure, 1973 (2 of 1974) on a Metropolitan Magistrate or, as the case may be, a Judicial Magistrate of the first class.