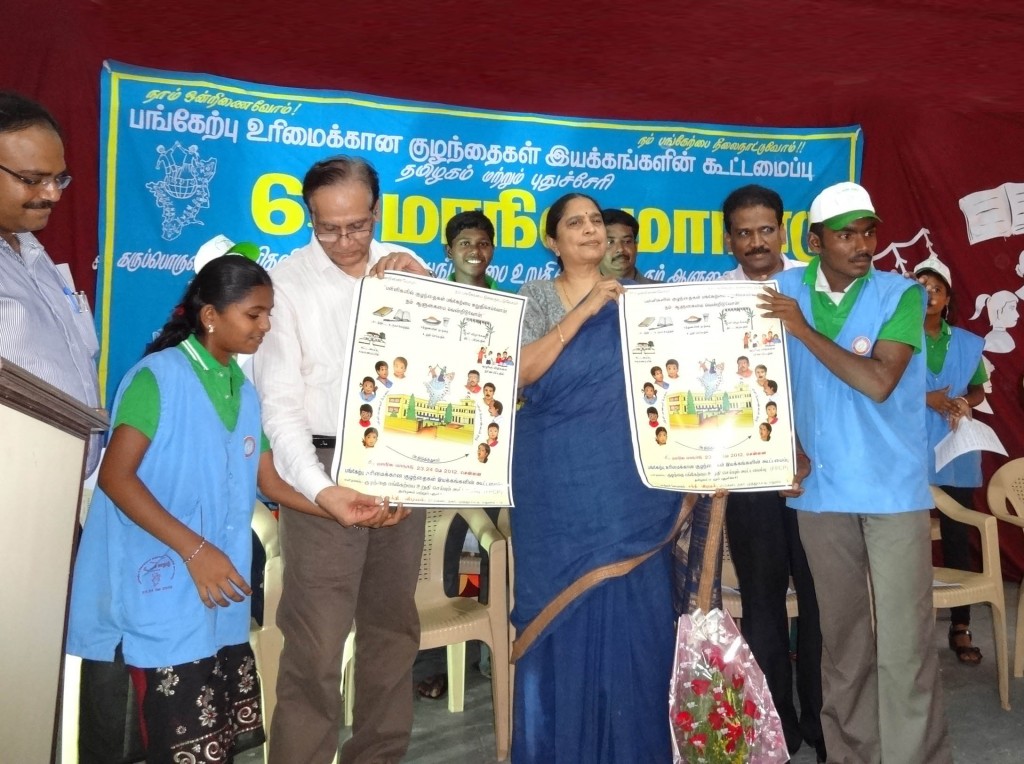 Vidiyal advocates for Child Rights in every sphere of the society.  Creative means are used to take the message of Child Rights to masses.  Advocacy campaigns are designed on specific themes to call the attention and to create public opinion on our advocacy agenda. Cycle rallies, Children’s human chain, Rallies, media advocacy, signature campaigns, child to child campaigns and public meetings are some of the methodologies used for promoting Child Rights.  Observances of International days were used as strategic days to call the attention of various stakeholders to join hands in the promotion and protection of Child Rights.

We do join hands with other orgnaisations including the government on specific advocacy agendas which are common to our interests in protecting the rights of children, which brings synergy to the initiative.

Sakthi – Vidiyal has been supported by media in reaching the objectives of the organization. Media plays a crucial role in taking forward the mission through providing wider coverage to our programmes and campaigns.   Every programme is informed to the public through media.  Media advocacy has been used as a strategy to sensitize the masses on Child Rights.  Issues affecting children are unearthed with the support of media.   We have received wide coverage in some of the leading electronic media including Kalaignar Television, Makkal Television, Puthiya Thalaimurai Television, Sun Television, Kodai FM, Radio Mirchi, Hello FM, Suryan FM, Madurai FM, and All India Radio.  Reputed dailies including The Hindu, The New Indian Express, The Times of India, The Deccan Chronicle, Dinamani, Dinamalar, Dinaharan, Daily Thanthi, Hindu Tamil and Malai Murasu gave coverage on our programmes and joined hands in advocating for child rights.